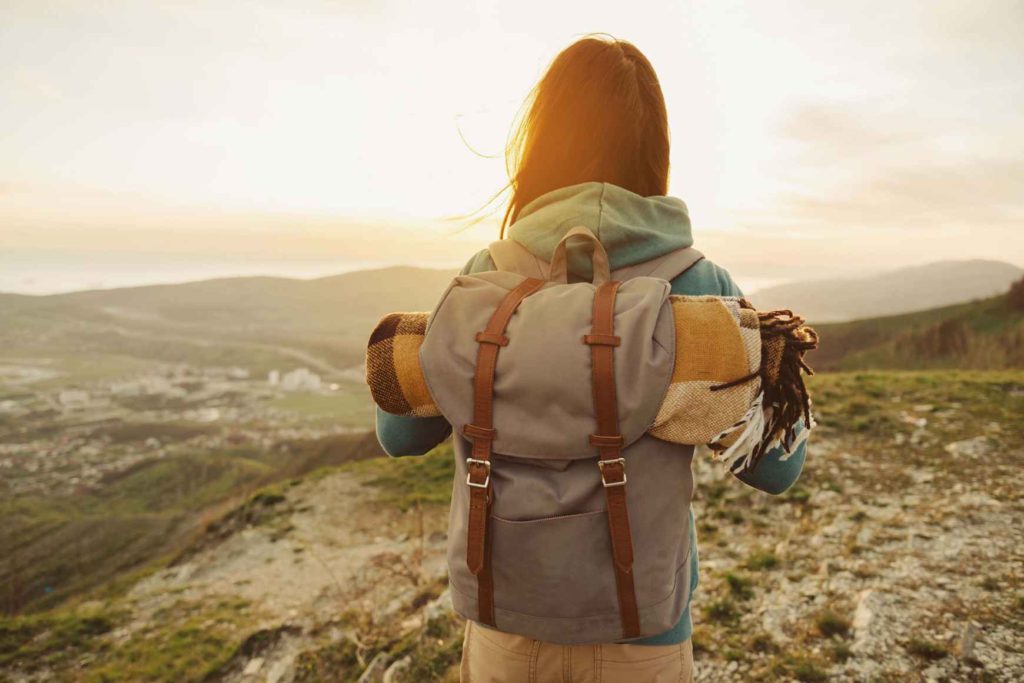 17 OctBackpacking on a Bum Knee

One day I had a patient come in to the clinic with severe knee pain. She had just gone on a nine day backpacking trip and had hurt her knee on day three. Even though she was in pain, she kept on using the knee for the rest of the trip, and by the time she hobbled in to the clinic, the pain was severe. She told me that she needed to be out of pain quickly because she had another backpacking trip coming up in two weeks.

Uncovering the Causes: IT Band

After palpating her knee and doing a few orthopedic tests, it was clear that the pain was originating in her IT band (For more on the IT band, check out the Anjuna blog post here!) Upon further inquiry, the patient revealed that she had a history of a rotated pelvis and some trouble with her sacro-iliac joint. All of these contributed to an IT band so tight it was rock hard to the touch, and was pulling her knee laterally making it painful to walk.

The IT band (or iliotibial tract) is part of the tensor fasciae latae. It originates at the iliac crest, just posterior to the anterior iliac spine. The iliac crest is where you put your hands when you’ve got your hands if you’re mad at someone and you’re saying, “No, kitty, you are NOT pooping outside your box today!”

This band stretches down from the hips to insert at the lateral condyle of the tibia, at a spot known as Gerdy’s tubercle (I love anatomy names!)  You can tell from the location of the muscle that its purpose is to stabilize the knee joint and keep things from sliding out of place laterally, away from the center of the body.

The body is all held together like an intricately woven garment, so when you pull on one piece of it, the rest of it also gets pulled along. In this case, because the pelvis was rotated, it pulled the tensor fasciae latae on one side up, and pushed it on the other side down. On the side that was pulled up, the increased tension on the IT band yanked on the knee, and instead of stabilizing the joint, it pulled the joint out of alignment. When bones and muscles aren’t where they’re supposed to be, they rub on each other the wrong way, and bang on each other in ways they aren’t designed to do, and pain invariable arises.

Something similar happens with the sacro-iliac joint. The SI is located where the sacrum, the five fused vertebrae that make up the base of the spine, rest inside the pelvis. If the sacrum is at a wonky angle inside the pelvis, the bones don’t slide the way they are supposed to, and this often leads to the person having an adaptive gait. Because the person starts walking differently to compensate for the improper movement of the SI joint, they start to put stress on areas that aren’t designed to have stress. And again, pain invariably arises.

How Chinese Medicine Can Help

So, when a patient came to me with knee pain and an IT band that felt like a steel plate, I immediately had a treatment in mind. Using something known in Chinese as “ashi” points, I palpated for tender points starting at the iliac crest and going down to the knee.

After discerning the tender points, I inserted a needle about one every inch to inch-and-a-half and stimulating the needle until I achieved a fasciculation. I ended at a point called Gall Bladder 34 (also called Yang Ling Quan 陽陵泉) which is known as the meeting point of the sinews and tendons and is used generally for muscle and tendon issues throughout the body.

When I spoke to her the next day, she said she had achieve 90% pain reduction in one treatment!  I saw her for two more treatments after that to make sure the pain was completely resolved and she was ready for her next backpacking adventure. And when she got back from that trip, she was still pain-free, and refreshed from her time spent out in nature!

Here at Anjuna, we combine our knowledge of anatomy and biomechanics to help treat pain and injuries to provide immediate relief, while also using the traditional techniques of Chinese medicine to help our patients fully recover their health and stay health in to the future.