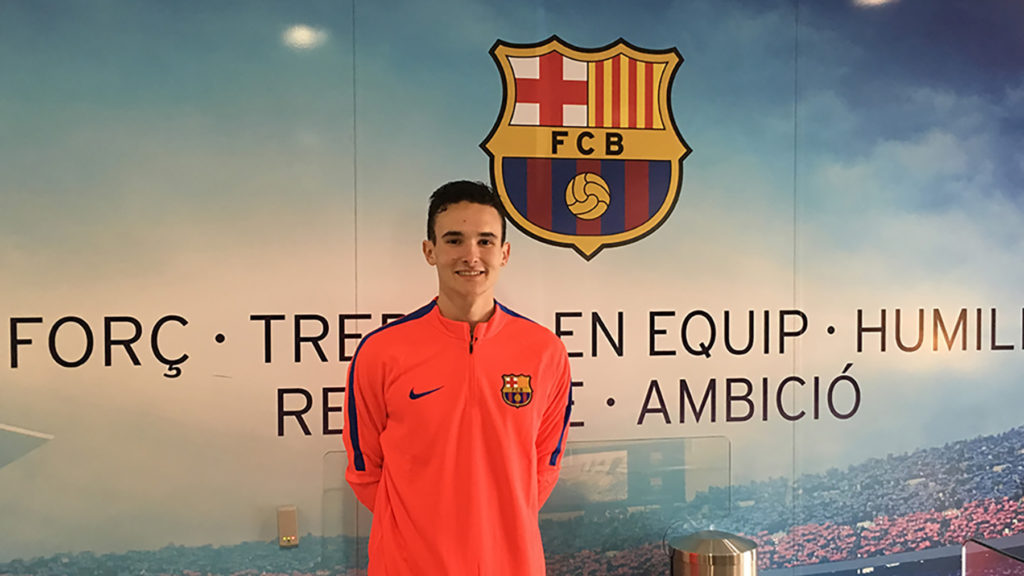 Anjuna Medicine Ambassador, Matt Hidalgo, packed his belongings and moved Barcelona, Spain at the end of 2016. While living in the small town of Sant Cugat de Valles, Matt is experience a new culture, learning a new language, training for Pole Vault and enjoying the amazing food and outdoors. Read more about his experiences and training thus far below!

This is my first update as an Anjuna Athlete Ambassador that I have written since moving abroad to compete internationally in the Pole Vault. I have been living in Barcelona for the past two and a half months now and I absolutely love it. A fresh adventure to give a fresh spin to pole vaulting.

Shortly after training began at the CAR (High Athletics Performance Center) right outside of Barcelona, an unpredictable event occurred which forced me to make a big training decision shortly after arriving. Long story short, my coach, Gaby Martinez-Ponz (easily the best vault coach in Spain) would not be coaching out of the CAR anymore. I decided to follow him, as I believe he is the right coach for me. I now am training at two different amazing tracks and training facilities in Barcelona, one being on the venue site of the 1992 Olympic Games.

I have been putting in hard work on the track and at the gym and feel that my vault is heading in the right direction, as well as getting the technical re-boot it needed after my college career.

After being here and working hard for two and a half months, Football Club Barcelona (FCB) asked me to sign on to their track and field team. This is extremely exciting news for me, as FCB is the best track team in the Spanish Federation, as well as arguably the best athletics club in the entire world. So without a doubt I will be signing with them.

Aside from vault, Spain is amazing. I cross-train by rock climbing at Chris Sharma’s own world class indoor gym and eat the most incredible food on a daily basis. Catalunya, the province that Barcelona is in, rivals with the Pacific Northwest of the USA for its amazingly adventurous outdoors.

I am very excited for this upcoming season to be representing Anjuna Medicine while abroad, and competing for FCB. One thing for sure after being here this long, is that it is really hard to find sports acupuncture and physical treatment with the quality that is given by Anjuna Medicine.